Schedule NowPatient Portal
This entry was posted in Menopause and tagged Premenopause, Signs And Symptoms on June 25, 2019 by Dr. Kelly Roy, MD.

When Does Perimenopause Start?

How Long Does Perimenopause Last?

Perimenopause lasts until menopause begins, which is after 12 consecutive missed periods. In years, perimenopause typically lasts for four years, but some women may only experience perimenopause for a few months, or it may last up to 10 years.

Changing levels in circulating oxygen throughout the female body are the direct cause of perimenopause. During puberty and a woman’s natural reproductive years, estrogen within the body rises and falls at regular intervals. Two hormones specifically control estrogen: follicle-stimulating hormones (FSH) and luteinizing hormones (LH). Various amounts of FSH and LH control regular ovulation, causing the egg to fall during ovulation. Ultimately, this process is what causes pregnancy, but if pregnancy does not occur, the cycle begins again. Changes in these two hormones during perimenopause alter the cycle completely, until menstruation ceases to occur.

What Are Early Signs of Perimenopause?

Perimenopause might seem to happen unexpectedly, but there are early signs that indicate perimenopause. Symptoms vary among women, and never occur to the same degree. It is important for woman to be observant of their bodies as they approach common perimenopause age. Some of these early symptoms of perimenopause may include: 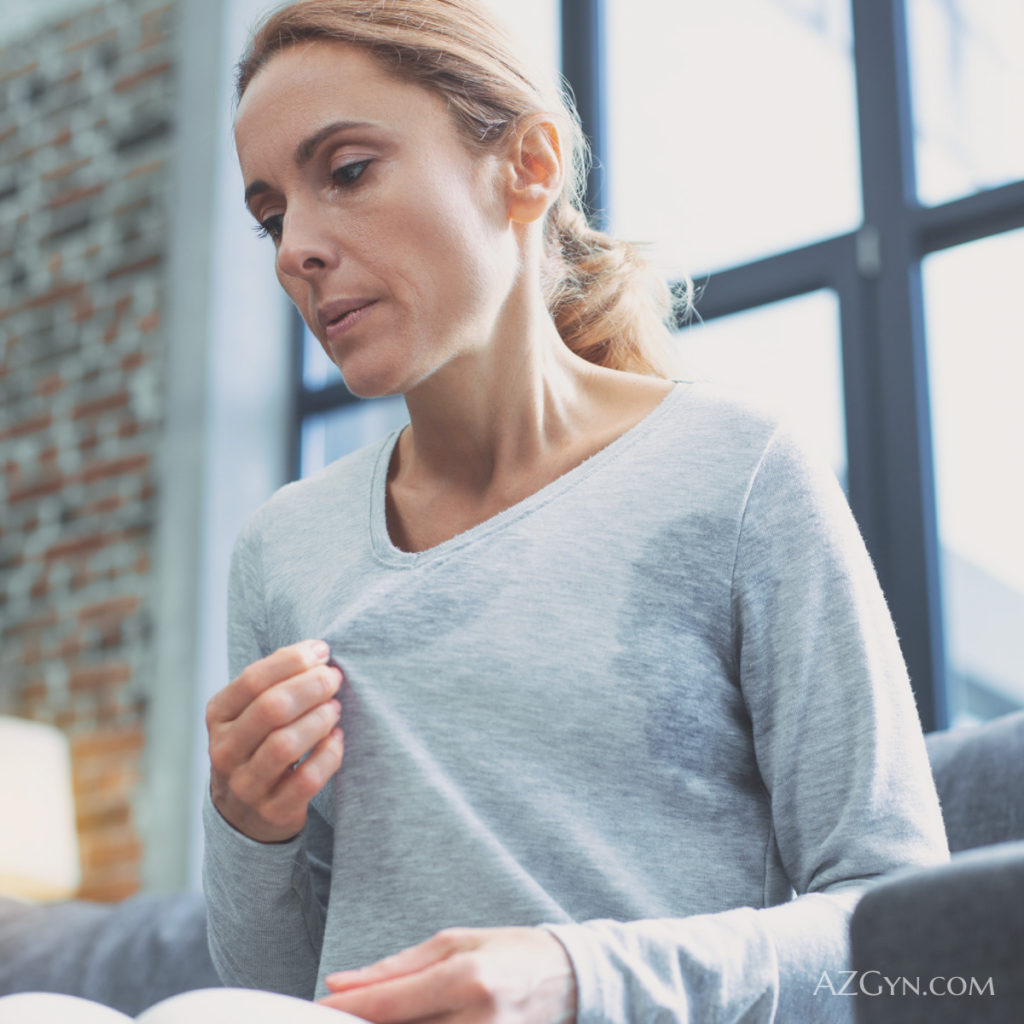 Women who are unsure if they are experiencing perimenopause should consult their doctor. A doctor can usually diagnose perimenopause based on symptoms alone, otherwise a blood test may be helpful. Blood tests will measure hormone levels, but while hormone levels are changing, it is common practice to take several blood tests at different times for comparison.

What Are Common Symptoms of Perimenopause?

Perimenopause is a biological change in hormones, however common life changes due to aging also play a role in perimenopausal symptoms. A woman should understand what are the symptoms of perimenopause specifically, and differentiate between lifestyle changes such as children leaving, changes in careers, or death or illness of parents common at this time.

These are the most common symptoms of perimenopause, but physicians do not consider all signs harmless. In order to rule out other conditions, a woman should consult her doctor if she experiences any other changes in bleeding, such as:

Any of these symptoms can be a result of other issues within the body not associated with perimenopause.

What Are My Perimenopause Treatment Options?

Perimenopause is a natural occurrence within the female body, but treatment is available for symptoms that get in the way of daily functioning. Doctors recommend improving general health and well-being through regular exercise and following a healthy diet, but other treatment options are available.

Perimenopause occurs in all women, as early as their 30s or anytime throughout their 40s. If symptoms are mild, perimenopause may go unnoticed. Perimenopause has officially ended when a women has missed 12 consecutive periods, known as menopause. The most common symptoms of perimenopause include hot flashes, irregular periods, a decrease in fertility, nausea, and changes in sexual function.

Perimenopause is a natural occurrence within the female body. However, it is still important to consult your doctor when these changes occur. Specialists at AZ Gyn can provide early screening for women with low estrogen and treatment for perimenopause. AZ Gyn’s Gynecology Services and Minimally Invasive Procedures assist women towards attaining optimal health, including the treatment of perimenopausal and menopausal symptoms, enabling relief through compassionate, personalized care.