Endometriosis is a uterine condition that affects as many as 1 in every 10 women during their childbearing years, or about 175 million women worldwide. Women with endometriosis experience a wide range of symptoms, and it’s crucial to understand this condition’s effects on a woman’s body and identify its existence as soon as possible.

For that reason, early identification and treatment is crucial. Some women with endometriosis can manage the symptoms with simple treatments like hormone therapy or birth control, while others may require surgery. Building a wealth of knowledge about the condition can help you identify it, seek treatment, and make more informed decisions regarding the treatment process.

How Does Endometriosis Occur? 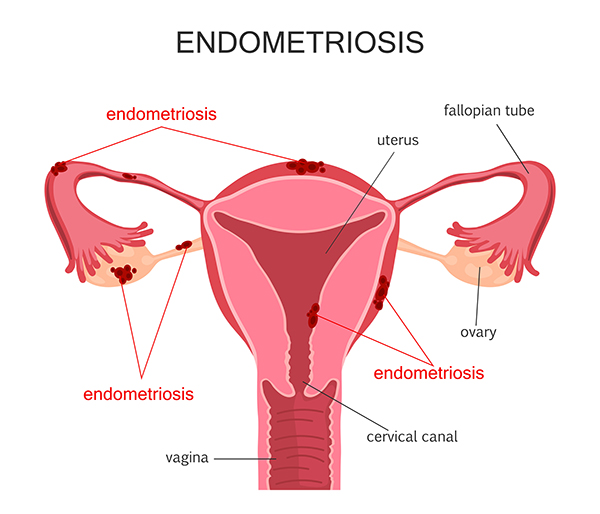 As you may have suspected, endometriosis involves the uterus as well as potentially other reproductive organs within the woman’s body. The endometrium is the tissue that lines the walls of the uterus, and endometriosis is a condition that affects these tissues. During a normal menstrual cycle, the endometrium builds up in anticipation of pregnancy, where it is needed to help sustain a growing embryo or fetus; when pregnancy does not occur, the endometrium breaks down and is shed via menstruation.

How Does Endometriosis Affect Women?

The endometrium tissues that dissolve and bleed in the abdominal cavity will aggravate the other tissues around the uterus and cause inflammation, swelling and severe cramping pains. Doctors refer to the tissues scarred by endometrial tissues as nodules, implants, growths or lesions. This scarred, misplaced tissue is what causes the pain or discomfort common to endometriosis and can lead to the infertility so common to the condition. However, the exact symptoms experienced often depend on the location of the endometrium outside the uterus.

Endometriosis is a progressive condition that may not manifest noticeable symptoms until many years after menstrual periods begin. Each cycle causes more endometrium accumulation. Over the years, the endometrium implants grow and affect more tissues. Menopause generally causes the symptoms of endometriosis to subside and the implants to deteriorate.

While researchers have made many discoveries regarding what happens to the tissues affected by endometriosis, the exact endometriosis causes remain unknown. Currently, the only endometriosis cases that can be linked to a definitive cause are those where direct transplantation – the transferal of endometrial tissue onto the abdominal wall after a caesarean section or other uterine surgery – has occurred.

While research is ongoing, in an attempt to determine the root cause of endometriosis, researchers agree there may be a genetic component as well. Some women, due to genetic family history, may be predisposed to endometriosis.

Signs and Symptoms of Endometriosis

As mentioned earlier, identifying endometriosis symptoms early can allow for earlier treatment of the condition, perhaps reducing the chances women will experience infertility as a result. The early symptoms of endometriosis typically include more significant:

If endometriosis is allowed to progress, symptoms can spread beyond the reproductive system itself and into the other abdominal systems it affects. Endometrium implants can cause irritation that can progress into infections, abscesses or areas of the body that are tender to the touch. If endometriosis affects the tissues of the intestines or bladder, it can cause urinary or intestinal pains as well.

Although endometriosis is a fairly well-known and well-documented condition that causes infertility, it’s often confused with another common reproductive disorder known as polycystic ovary syndrome, or PCOS. Both conditions can cause infertility but distinguishing between the two is important, since treatment regimens differ. So, what is PCOS and how is it different?

Simply put, while endometriosis involves the transferal and growth of the endometrium outside of the uterus, PCOS involves the ovaries. With PCOS, the ovaries don’t ovulate as they should, causing egg follicles to become stuck inside. While, on the surface, endometriosis and PCOS can feel like depression, “period pain” or “abdominal pain”, their primary symptoms and the method of diagnosis differ greatly.

A doctor will need to review a patient’s entire gynecological history to properly diagnose endometriosis. The doctor must also perform a full physical examination and a pelvic examination. In some cases where doctors have reason to believe endometrial tissue may have spread to other, specific areas within the pelvis, doctors may perform an ultrasound, CT scan or MRI to provide images of the organs in question. 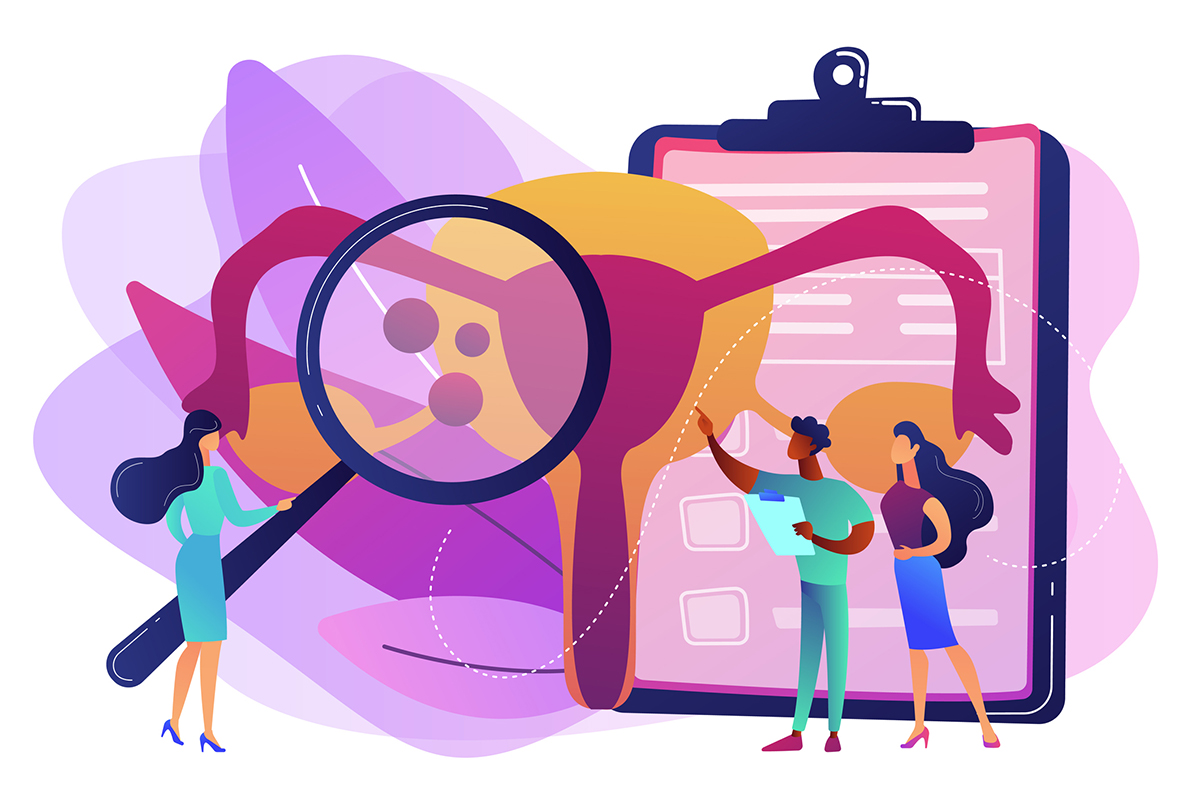 However, a positive diagnosis is only confirmed with a laparoscopic procedure. During this procedure, the patient is typically subject to general anesthesia, and the abdomen inflated with air via a small needle; this allows the doctor to have a better view of all components of the abdominal cavity. Then, the doctor will insert a lighted laparoscopic surgical instrument through a small abdominal incision to view the internal organs and locate endometrial implants. Overall, the procedure takes approximately 30 to 45 minutes.

The American Society of Reproductive Medicine has established a classification system for endometriosis, which is as follows:

To determine which stage each case of endometriosis falls under, doctors must first consider a number of factors, including:

Women diagnosed with endometriosis have a number of treatment options available, based on many factors such as overall health, the severity of the condition, tolerance for certain treatments, and the expected outcome of treatment. Endometriosis treatment may include:

For women who want to become pregnant after treatment of endometriosis, the first three options are often considered the most conducive to a healthy pregnancy in the future. Some women opt for temporary hormone suppression therapy, so they can attempt to conceive afterward. For other patients, hormone suppressants can be an effective solution with the added benefit of preventing pregnancy, if desired. Still others require surgery to treat the cause of endometriosis pain.

Some women with severe endometriosis will require surgery for relief. In these cases, surgeons will try to remove as much of the endometrium implants as possible without risking damage to the surrounding tissues. Primarily, endometriosis surgery is limited to three distinct options:

While conservative surgery is a safe and effective way to treat endometriosis, it’s important to treat as early as possible. In fact, as many as 40% of advanced endometriosis patients experience symptoms within five years as the result of tissue regrowth. More drastic surgeries such as hysterectomy with ovary removal do a better job of eliminating existing tissue and the hormone swings that cause it to grow, but regrowth and infertility is still possible. Thus, it’s vital for any woman considering any level of surgery to discuss the issue at length with her doctor.

Take Control of Your Uterine Health with Endometriosis Specialists in Arizona

Keeping close tabs on your menstrual cycles and uterine health are important at any age. Every endometriosis case is different, but your case can be manageable with early detection, symptom management and careful screening. The providers who work with Arizona Gynecology Consultants can handle any aspect of gynecological care, so contact us today if you would like more information about endometriosis or treatment options.