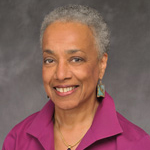 Dr. Eugenie Anderson joined Arizona Gynecology Consultants in 2014. She is board certified in Obstetrics and Gynecology and received her medical degree at the distinguished Johns Hopkins University School of Medicine in Baltimore, Maryland in 1978. She completed her first year of internship at the Medical College of Pennsylvania Hospital in Philadelphia then came to Arizona for her residency training at Maricopa County Hospital, which she completed in 1983. Dr. Anderson was in solo practice for the majority of her early and mid-career as a generalist in obstetrics and gynecology and teaching faculty in the residency programs in central phoenix. She has been a provider of Women’s Health in the Phoenix area for over 33 years. Although she no longer practices obstetrics, she has delivered over 1000 babies and has performed every major surgical procedure in gynecology.

Over the past 26 years, she has focused her practice on general female reproductive and gynecologic health issues, and metabolic and hormonal balance for women of all ages. Dr. Anderson has always had an active and vigorous lifestyle and her enthusiasm for the benefits of exercise and personal wellness has set her apart as one that “practices what she preaches”. She is known to her patients as a kind, passionate care giver who spends the time to get to know her patients and their issues. Dr. Anderson is also a great example for women in the professions. As a young African-American woman, she experienced first-hand the prejudices against women in the professions as well as the struggles of civil rights during her early training. She is a woman of grace and character who never let those obstacles define her. Dr. Anderson enjoys quiet off time at her cabin in Northern Arizona and is a reader, knitter and maker of gemstone jewelry.