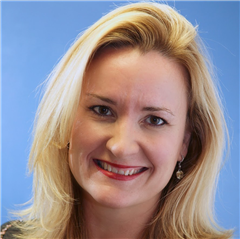 Dr. Kelly Roy is a specialist in surgical gynecology and advanced laparoscopy (and hysteroscopy). She is a long-time resident of Arizona and obtained her Bachelor of Science degree in Biomedical Engineering at Arizona State University before finishing her Doctorate of Medicine at the University of Arizona in 1997. She also spent some time at Northern Arizona University where she studied the arts as a piano performance major. Dr. Roy completed her residency in Obstetrics and Gynecology at the then “Banner Good Samaritan Hospital” (now Banner University Medical Center), in Phoenix Arizona in 2001.

Well known for her teaching and surgical ability, she is on the faculty at the residency program at both Banner University Medical Center and Saint Joseph’s Hospital in central Phoenix and is a Clinical Assistant Professor of Medicine at the University of Arizona College of Medicine, Phoenix Campus. Dr. Roy has taught advanced surgical techniques to medical students, residents, fellows and colleagues for over 15 years. She is the founder and medical director of ARIZONA GYNECOLOGY CONSULTANTS, which opened in 2006, a practice dedicated to providing specialty surgical and gynecology care to women. In 2009, she opened GYNESURGICAL, a fully licensed and Medicare certified Ambulatory Surgery Center in order to provide a setting for women to have advanced minimally invasive procedures in a supportive and intimate environment.

Dr. Roy is also a consultant to the medical device industry and has participated in the design and clinical testing of many instruments and surgical devices available on the world-wide market today. As such, Arizona Gynecology Consultants has been a resource for the Medical Device Industry for advanced clinical trials and cutting-edge research. She has won several awards including Doctor of the Year and has been named as one of Phoenix Magazine’s Top Docs. Her special interests and areas of publication include congenital abnormalities of the reproductive tract, care of lesbian and transgender patients, minimally invasive therapies of heavy periods and fertility sparing non-surgical and surgical treatments for uterine fibroids. She lives in Paradise Valley with her husband and children and in her spare time enjoys golfing, traveling and playing the piano.