Schedule NowPatient Portal
This entry was posted in Menopause and tagged Premenopause, Signs And Symptoms on December 4, 2017 by Dr. Kelly Roy, MD.

The menopausal transition, or simply “menopause,” is a normal part of female aging. Once you start the transition, you’ll probably want to know exactly how long symptoms will last.

While every woman is different, here’s what to expect on average. 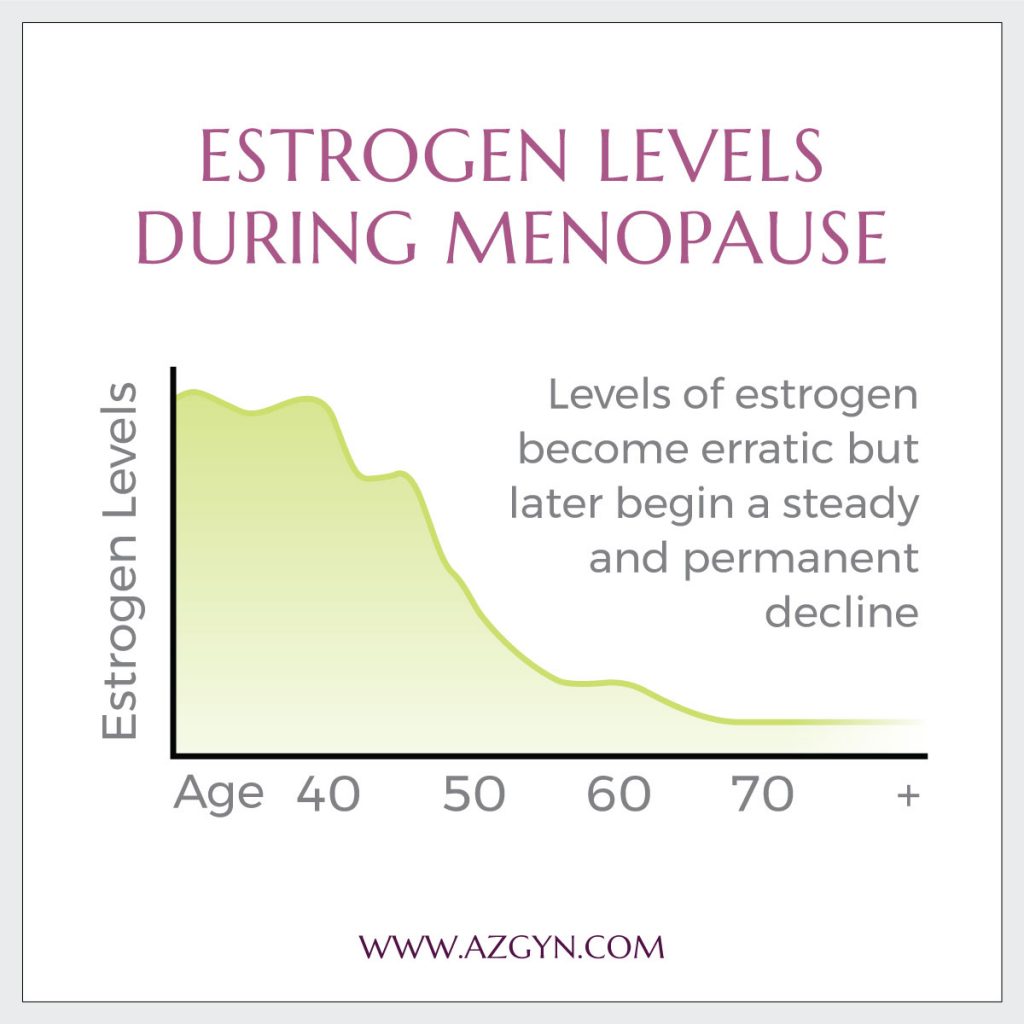 All women experience menopause, with several different symptoms.The symptoms vary from woman to woman, and menopause is as unique a journey as the woman herself.

Menopause symptoms may include:

In few cases, women don’t have trouble with these symptoms. Once the menopausal transition is complete, you will no longer have to worry about periods or getting pregnant. 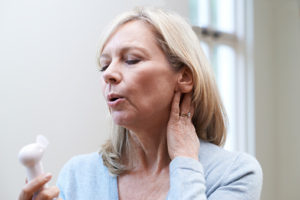 For most women, menopause is a relief that feels freeing in many ways. Getting through the transition, however, can be trying.

Knowing about how long your symptoms will last can help you focus on the light at the end of the tunnel. While you’re going through abrupt hot flashes and night sweats that keep you awake at night as well as irritability from lack of sleep, knowing that you’re just X amount of days from it being over can ease your mind.

While there is no guarantee of exactly how long the transition will last, you can get a good idea of where you are on the journey by understanding the process and studying an average timeline.

The Average Timeline for Menopause

The menopause age range varies by more than a decade. The average age is 51, but menopause can start in women from their mid-40s to late 50s. Most women experience the menopause stage in this age range, while some report symptoms into their 60s.

Sometimes perimenopause is confused with menopause. Perimenopause is when a woman starts to have hot flashes, night sweats and vaginal dryness. This can start as early as the 30’s or as late as the 60’s. This is considered either early or premature menopause and late menopause, and can occur for a variety of reasons, such as surgeries or hormonal changes.

Some women in perimenopause may also have the following symptoms:

Additional symptoms may include:

These symptoms are normal as part of the loss of estrogen production. However, if these are new symptoms after starting perimenopause, consult your doctor in order to rule out other health issues.

Primary Ovarian Insufficiency (POI) is another cause of premature menopause. With POI, younger women under 40, who have occasional  or no periods, and elevated levels of follicle-stimulating hormone (FSH), will have fewer eggs in their ovaries. This means lower estrogen levels as well and can cause bone density issues. 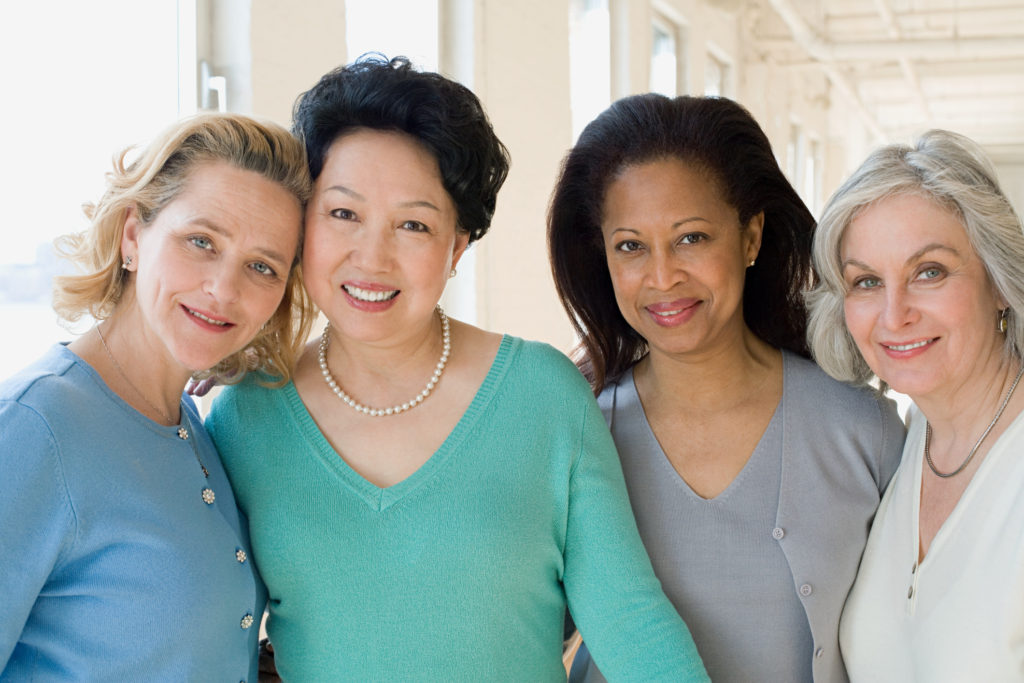 According to the SWAN (Study of Women Across the Nation) study, smoking, either as a current smoker or former smoker, can also cause early onset of perimenopausal symptoms, such as hot flashes and night sweats, by at least two years. Being overweight, stressed, depressed, or anxious can also start the ball rolling early. Ethnicity also plays a factor. African American women have a longer period of hot flashes – almost 11 years, while Japanese and Chinese women had half the time of dealing with hot flashes.

How Long is Menopause?

The perimenopausal stage can last from 10 months to four years on average, but has been known to last up to 10 years. It involves the body gradually decreasing in estrogen production until the last year or two, when estrogen levels drop dramatically. Perimenopause officially ends when a woman does not have her period for 12 consecutive months. 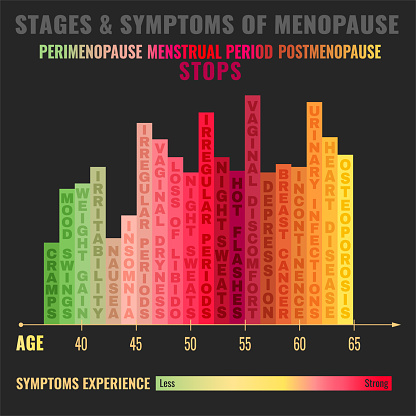 Other symptoms that may continue are sleep problems, cognitive issues, mood changes and muscle and joint pain. Vaginal dryness is a symptom that will continue and tends to get worse with age. Although, less than 30% of women experience it during perimenopause and only half experience it in postmenopause.

So, how long does menopause last? From the start of perimenopause to the final cessation of all menopausal symptoms, the average transition takes between two and 10 years. There are some women who go through the process more quickly or more slowly than the median time.

If you experience early or late menopause, you may need to add or subtract a year or two to this average timeline. Every woman should rely on medical professionals to assess symptoms, estimate the duration and prescribe treatments for symptom relief.

Do You Have Early or Late Menopause?

Figuring out if you’re going through the transition early or late can help you gain a better understanding of how long menopause will last. If you start having irregular periods in your mid-40s, you may be experiencing early or premature menopause. 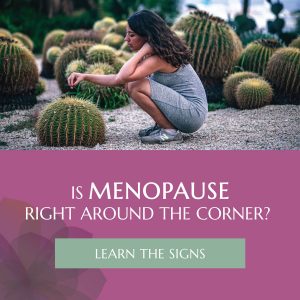 Heavy bleeding, spotting, a period after a year of no periods, or periods that are noticeably longer or shorter than normal can all signal early menopause, especially in combination with other common menopausal symptoms.

If you are 55 or older and still haven’t noticed menopause symptoms, your doctor may diagnose you with late-onset menopause.

If you’re still having periods in your late 50s and 60s, see your doctor. Each woman’s reproductive system is different, so don’t be alarmed until you’ve spoken to a doctor.

You may experience one or several symptoms, or hardly any symptoms at all. You may not notice perimenopausal symptoms until you’ve almost reached the menopause phase. Your entire transition could finish in just a few years, or could last longer than a decade.

Everyone is unique, and there is no concrete answer. It takes seeing a primary doctor to evaluate your symptoms, locate where you are on the general timeline, and estimate how much longer you will have to put up with symptoms. 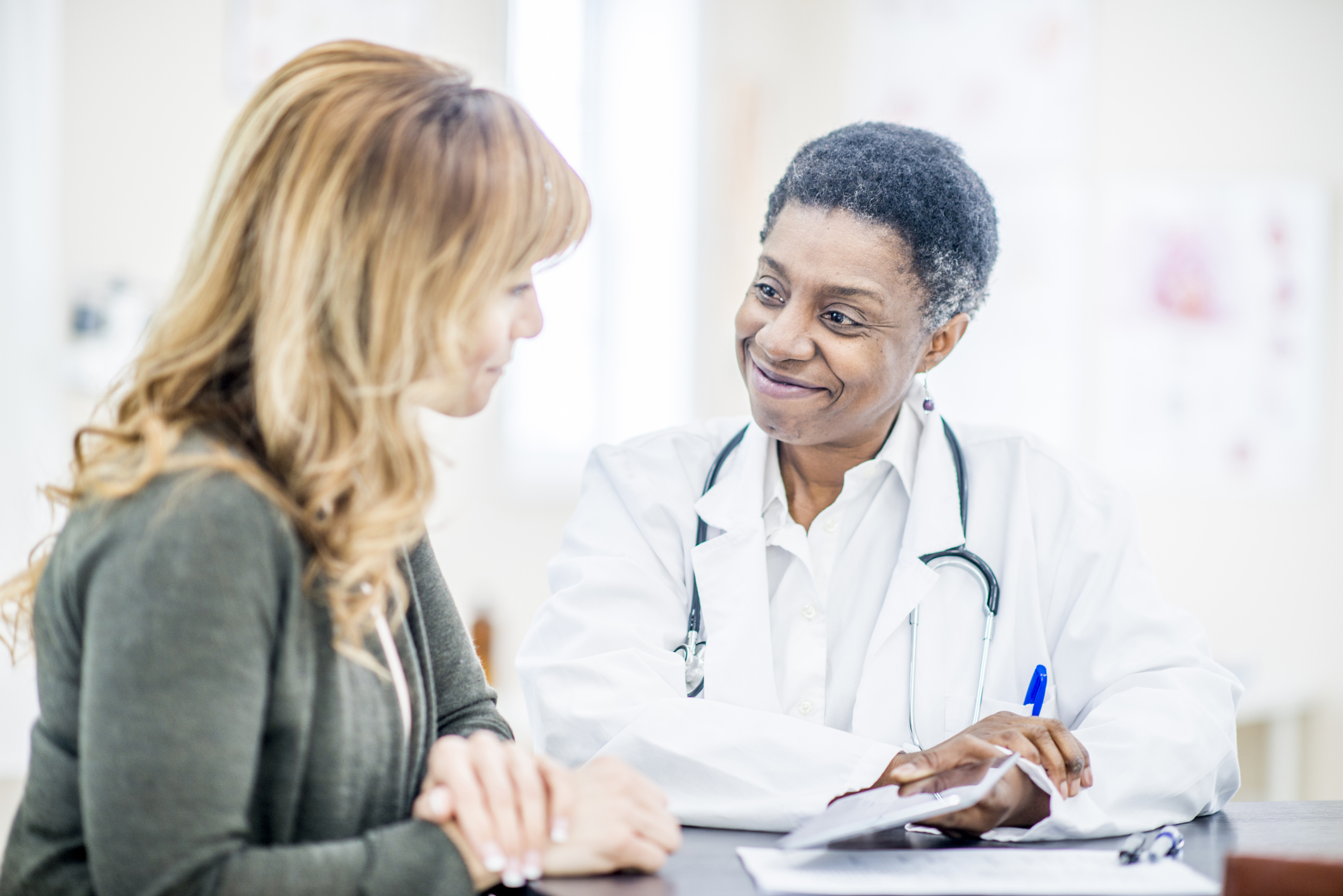 While you are combating symptoms for an unknown period of time, look into common forms of relief. If you have medical conditions exacerbating the symptoms of menopause, such as arthritis, chronic pain, anxiety or depression, your doctor can help address these issues to potentially reduce menopause symptoms.

Menopause is a normal part of life, and several tried-and-true treatment options exist to help control and tolerate common symptoms. You can maintain your desired lifestyle while experiencing menopause with a tailored treatment plan. We have expert women’s health services, if you are seeking a gynecologist in Phoenix. Talk to us about your symptoms and concerns, especially if your perimenopausal symptoms negatively affect your quality of life. We’re here to help.