Schedule NowPatient Portal
This entry was posted in Ask An Expert and tagged Cancer on May 9, 2019 by Dr. Kelly Roy, MD.

Endometrial, or uterine, cancer is the most common reproductive cancer among American women. In fact, over their lifetimes, women stand a 2.5 percent risk of developing endometrial cancer. The cancer also makes up just over 6 percent of all cancers in women.

What Is Endometrial Cancer? 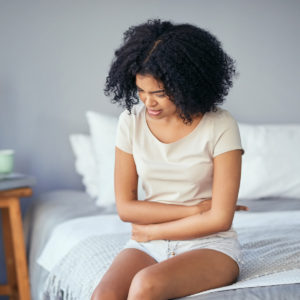 Also known as uterine cancer, endometrial cancer affects the interior of the uterus, the primary reproductive organ in women. Located in the pelvis, the uterus houses and nourishes the developing fetus during pregnancy. Its lining, called the endometrium, exists in two layers – the basal layer and the functional layer. During the menstrual cycle, the functional layer thickens to prepare to accommodate a zygote. It is then shed during menstruation if fertilization does not occur.

What Are Some Signs of Endometrial Cancer?

There are numerous signs and symptoms of endometrial cancer. Some of the most common include:

What Other Conditions Can Mimic Endometrial Cancer?

A host of other pelvic and reproductive conditions can produce some of the same symptoms as endometrial cancer.

It is important to determine whether these conditions are present before continuing with treatments for endometrial cancer.

Are You at Risk for Endometrial Cancer?

Consider whether you may have any of these endometrial cancer risk factors:

What Should You Do?

You can avoid some of the risk factors noted above by maintaining a healthy weight with diet and exercise, and thinking twice about using hormonal therapies. In addition, many doctors suggest using birth control pills for at least one year. This alteration in your routine can result in years’ worth of risk reduction for endometrial cancer.

If you notice symptoms of endometrial cancer, it is important to inform a doctor right away. Endometrial cancer is extremely treatable if caught early, and the most common signs and symptoms appear early in the cancer’s progress. Although other conditions may mimic some of these symptoms, it is best to seek an appointment with any of our knowledgeable practitioners at Arizona Gynecology Consultants. By determining what is causing your symptoms, we can pursue effective treatment.

Click, Then Scroll to Find an AZGyn Office Near You