Schedule NowPatient Portal
This entry was posted in Health FAQs and tagged Cancer on November 30, 2021 by Dr. Kelly Roy, MD.

A gynecological cancer diagnosis, no matter what form it comes in, can be devastating. That is exactly why it’s so beneficial to take the proper precautions now to lower your risk of developing one of these cancers.

There are five different types of gynecologic cancer, each featuring a unique set of symptoms, risk factors, and treatment options. However, with the proper gynecologic cancer awareness and prevention, it is entirely possible to reduce your risk of developing any of these diseases – all it takes is educating yourself and making key healthy lifestyle choices.

What Are the 5 Gynecological Cancers?

The five types of gynecological cancer are as follows:

Cervical cancer begins in the cervix, which is a canal located at the lower end of the uterus and the top of the vagina. The cervix prevents bacteria from entering the uterus, allows menstrual blood to pass from the uterus, and creates discharge to keep the vagina clean. It changes its size and position during the menstrual cycle, grows a mucus plug to protect the fetus during pregnancy, and widens during childbirth to accommodate the passage of the fetus. 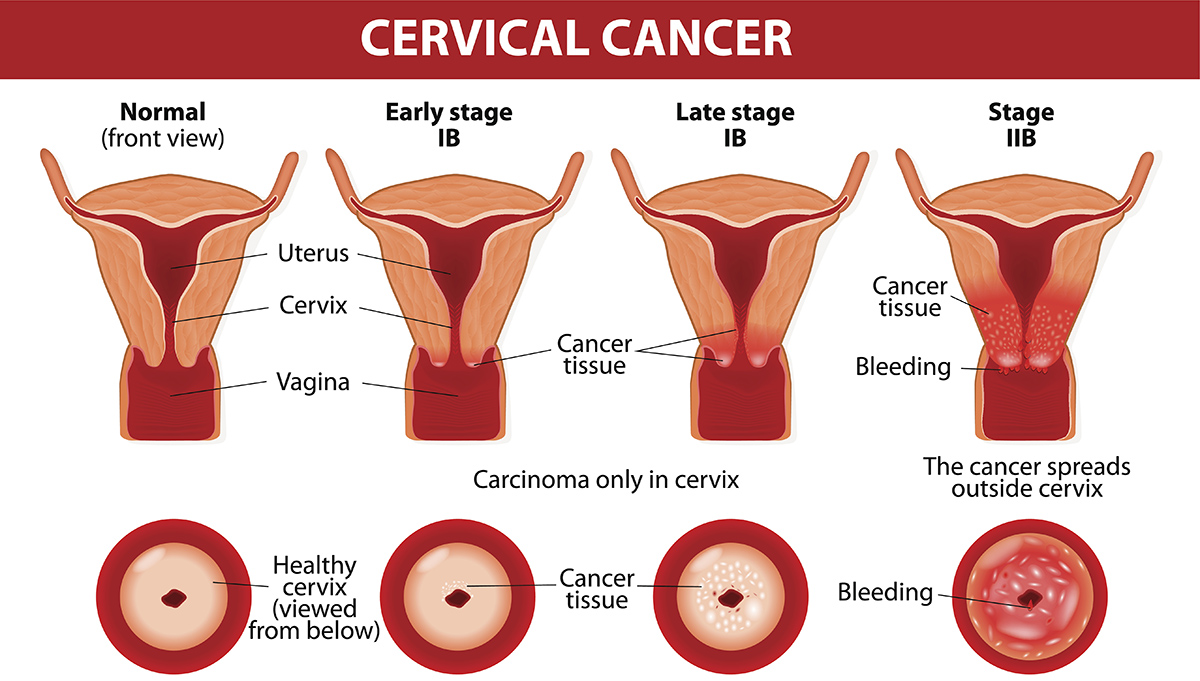 Ovarian cancer begins in the ovaries. The ovaries are two glands positioned on both sides of the uterus, and each one is connected to this organ via fallopian tubes. Their function is to produce eggs and secrete estrogen and testosterone, two sex hormones that are crucial for female development. During ovulation, eggs travel through the fallopian tubes, where they may be fertilized and then pass to the uterus for implantation.

Uterine cancer begins to develop in the uterus. The uterus, also known as the womb, is the hollow, muscular organ within the pelvis between the bladder and rectum. It provides nourishment to the fetus as it develops during pregnancy. 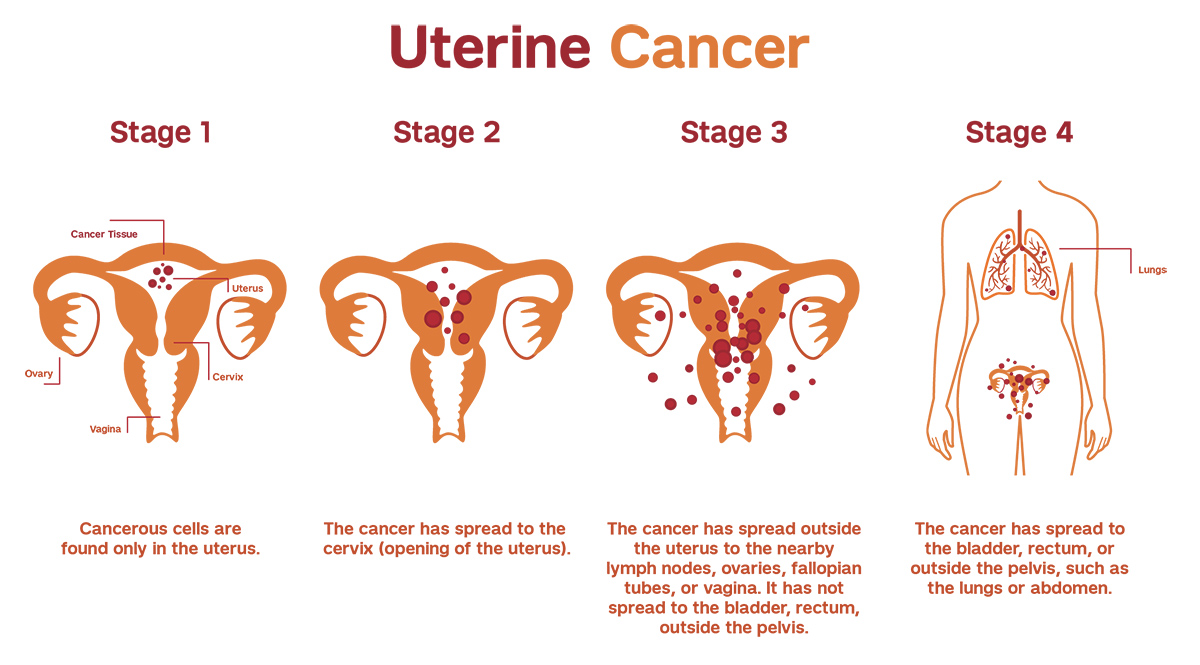 Vaginal cancer originates in the vagina. Contrary to a popular misconception, “vagina” does not refer to the exterior component of the female reproductive system but to the hollow, elastic canal at the bottom of the uterus that connects to the vulva on the outside of the body. Lined with nerves and mucus membranes, the vagina allows for menstruation, intercourse, and childbirth. 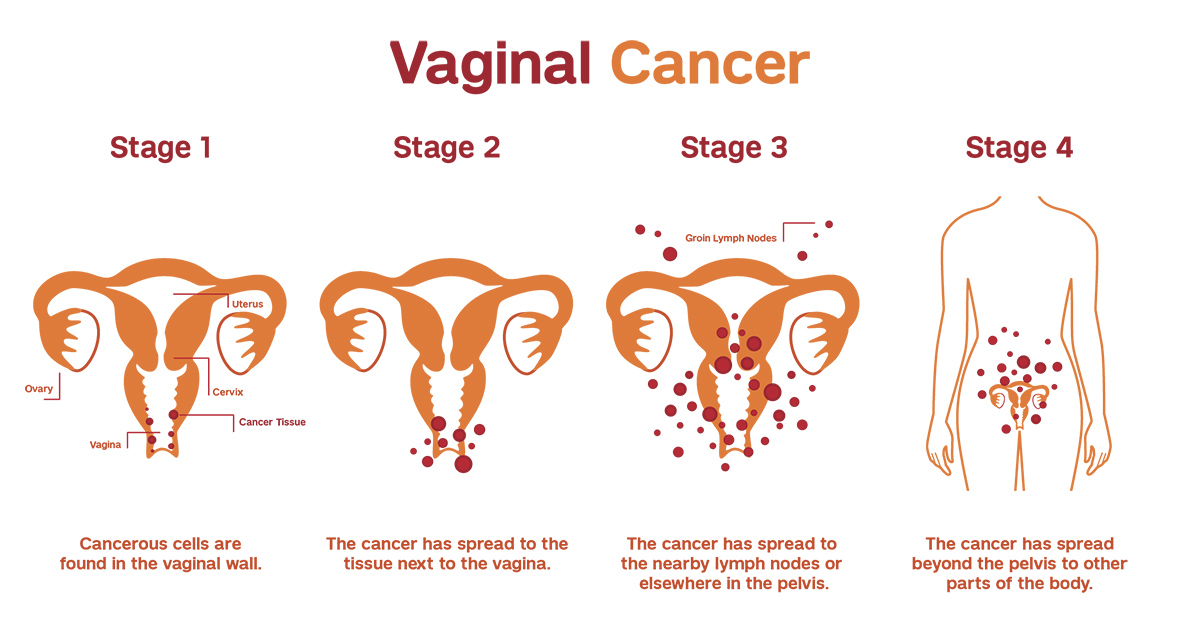 Vulvar cancer begins in the vulva, which is the external female genitalia surrounding the opening of the vagina. The vulva protects the internal elements of the female reproductive system by opening the labia major and labia minora. It features several glands that play a role in sexual arousal and stimulation and provides lubrication and cushioning for intercourse. 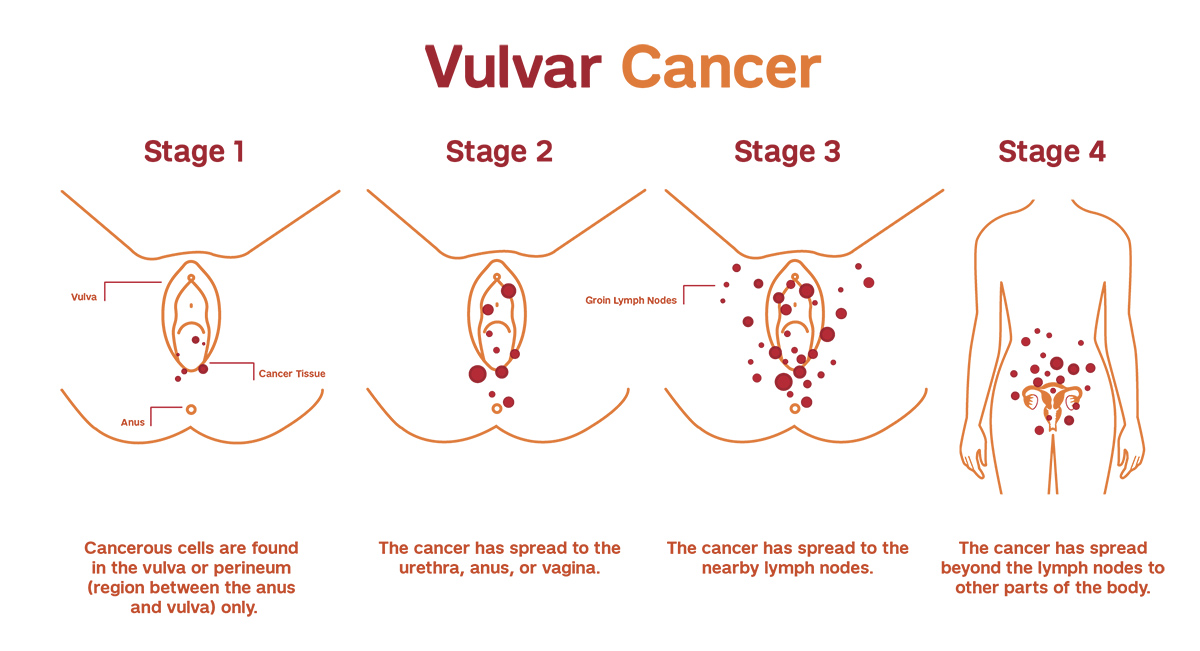 What Are the Symptoms of Gynecologic Cancer?

It is important to keep in mind the symptoms of each type of gynecologic cancer aren’t the same. In fact, they can vary quite significantly from type to type. So, it is important to keep an eye out for any of the following symptoms to catch the development of gynecologic cancer as early as possible. The earlier a cancer of the female reproductive system is discovered, the better the chances that the individual will make a smooth recovery.

If you haven’t yet gone through menopause but have noticed far heavier periods, periods that last longer than they used to, or abnormal bleeding between your periods, this could also indicate a significant medical problem. Again, if you ever find yourself in this position, make sure to visit a gynecologist at your earliest convenience.

With cervical cancer, vaginal bleeding is often the primary symptom. Early along in the disease’s development, this cancer can be more difficult to recognize without the aid of a physician.

Ovarian cancer, however, has several noticeable symptoms, making it easier to detect early in its development. The most common symptoms of ovarian cancer are as follows:

The typical symptoms of uterine cancer include abnormal vaginal bleeding or discharge, as well as pain or pressure in the pelvis.

Finally, the most common symptoms of vulvar cancer are:

How Can I Lower My Risk of Gynecologic Cancer?

If you are looking to lower your risk of gynecologic cancer, also consider:

Getting the HPV Vaccine 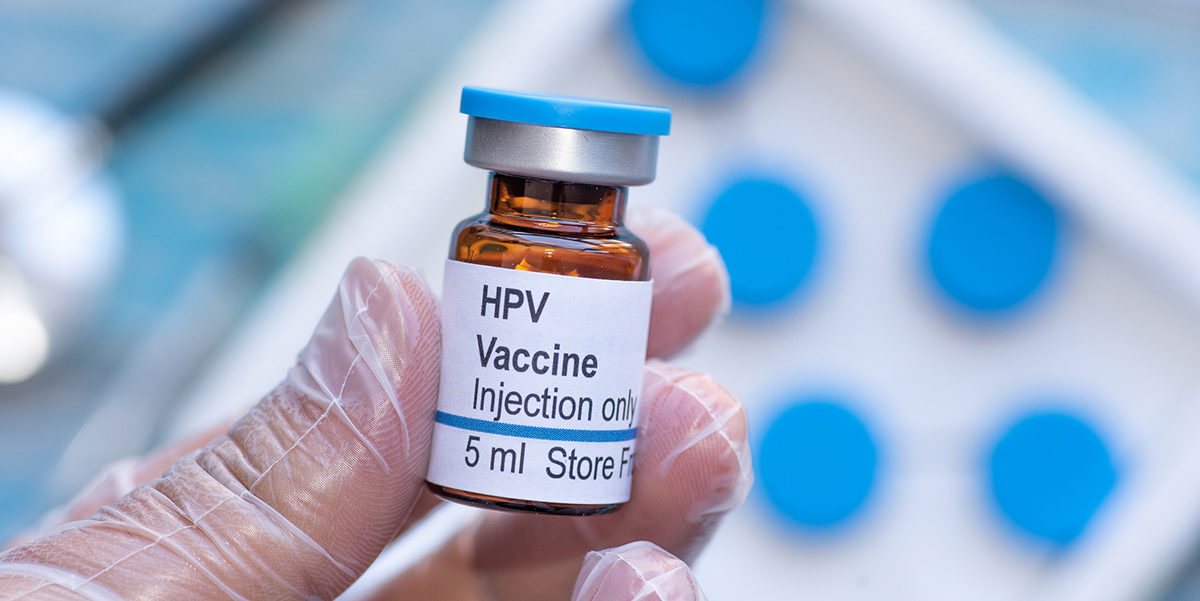 Three of the gynecologic cancer types (cervical, vulvar, and vaginal) can be the result of HPV, a common sexually transmitted infection. The HPV vaccine can protect you against the varieties of HPV that most often result in gynecologic cancer.

If you are a woman older than twenty-six but younger than forty-six, it might still be possible to receive the HPV vaccine. You will first need to talk to your gynecologist about your current HPV risk, as well as the potential benefits of receiving the vaccination. Nevertheless, if you are vaccinated against HPV at this age, it isn’t likely to be as effective because most women have already been exposed to the virus at this point.

Even if you have received the HPV vaccine, it is still a good idea to receive regular screenings for cervical cancer to reduce your risk even further.

Staying On Top of Screening Tests

One of the most effective ways to prevent disease, including gynecologic cancer, is through receiving regular screening tests. The purpose of a screening test is to check for signs of a particular disease, even if symptoms have not yet developed.

If you have already shown symptoms of gynecologic cancer, however, you will need to receive a diagnostic exam rather than a screening test.

Discussing Your Risk with a Doctor 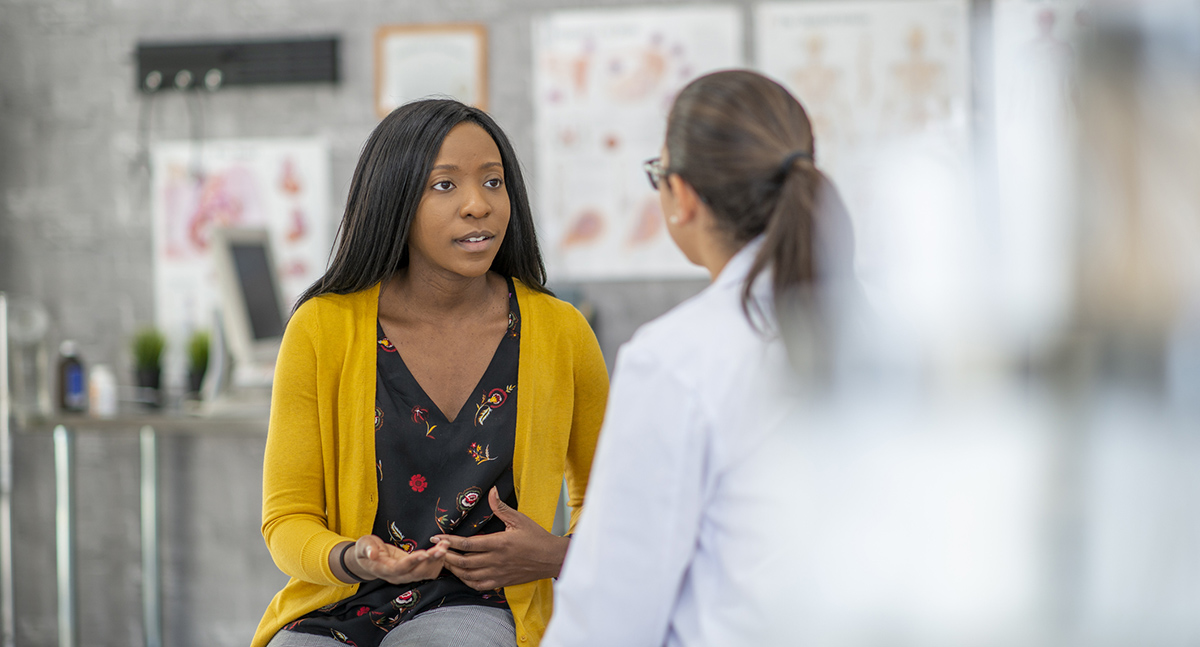 If you believe that you’re at an elevated risk of developing gynecologic cancer, it is valuable to have a conversation with your doctor or gynecologist. Genetics play a role in your susceptibility to the disease, meaning if you have a family history of ovarian cancer, this may indicate an increased risk. Your doctor will be able to provide you with guidance on how to lower your risk and ensure you’re informed about screening and testing options.

Some high-risk individuals could even undergo genetic counseling and testing if this is recommended by their physician.

Unsurprisingly, when you live a healthy lifestyle, you are also reducing your risk of developing diseases like gynecologic cancer. For instance, it can be highly beneficial to maintain a healthy weight.

Even small changes can make a big difference in this arena of cancer prevention. Begin introducing quick and simple workouts into your routine if you don’t currently exercise regularly. You could also begin eating more fruits, vegetables, whole grains, and lean proteins. A healthy, balanced diet can go a long way toward lowering your cancer risk.

Reducing the Risk of Ovarian Cancer

With each type of gynecologic cancer, there are some unique ways you can lower your risk that are not necessarily applicable to other types. You can bring down your risk of developing ovarian cancer by:

Reducing the Risk of Cervical Cancer

Receiving the HPV vaccine (prior to exposure) is one of the most effective ways to lower your risk of cervical cancer. If you receive the vaccine over the age of twenty-six, its effectiveness will be reduced.

Also, be sure to receive regular Pap tests. This allows doctors to catch precancerous cells in the cervix before they become cancerous. If you have already developed cervical cancer, Pap smears allow you to catch the disease early. 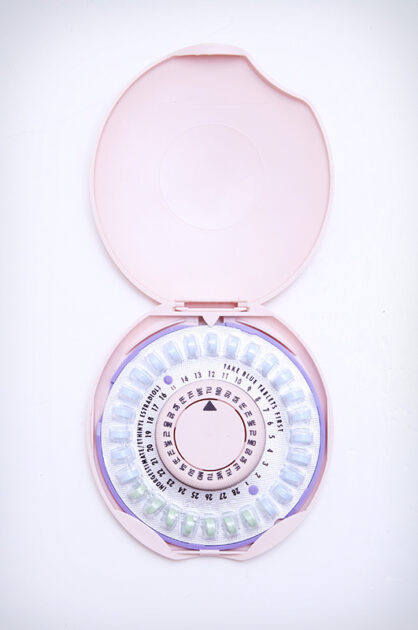 Finally, consider receiving an HPV test to confirm whether you were exposed to the virus.

Reducing the Risk of Uterine Cancer

Using birth control pills is believed to reduce the risk of uterine cancer, as is staying physically active and maintaining a healthy weight.

If you are currently taking estrogen, it could be a good idea to also take progesterone — this can reduce your uterine cancer risk.

Reducing the Risk of Vaginal and Vulvar Cancers

Since HPV can develop into either vaginal or vulvar cancer, receiving the vaccine is beneficial to reducing your risk.

The professional team at Arizona Gynecology Consultants believes in treating the patient as a whole person whose needs are ever-changing throughout their lifetime.It’s our goal to help you stay on top of your reproductive health through preventative services and treatment options.