Schedule NowPatient Portal
This entry was posted in Ask An Expert and tagged Pain on July 28, 2021 by Dr. Kelly Roy, MD.

It’s no secret that pelvic pain is uncomfortable, and unfortunately, it’s a rather common phenomenon in women — for a wide variety of reasons. Many of these reasons aren’t indicative of anything serious, and aren’t something you need to worry about. However, if you’re not familiar with some of the most common pelvic pain causes, it’s easy to assume the worst-case scenario.

So, we’d like to help educate you on the most common causes of pelvic pain in women. This way, you’ll have a better sense of when not to worry, and when it may be time for a doctor’s visit, as a precaution. We’ll also review the symptoms to look out for in each of these cases, which could lead you to require treatments, such as pelvic bone pain treatment.

Like always, it’s important to stay on top of your health, and this includes being informed and educated about your body.

What Are the Symptoms of Pelvic Pain?

Typically, pelvic pain takes the form of a dull pressure or ache, sometimes involving sharp pains. This discomfort can occur anywhere in the lower abdomen, beneath the naval. Depending on the cause of the pain, it can be either constant or intermittent.

Often, pelvic pain is accompanied by other symptoms, related to whatever is causing the pain. This could include concerns such as abnormal vaginal bleeding or discharge, as well as lower-back pain.

What Can Cause Pelvic Pain in a Female? 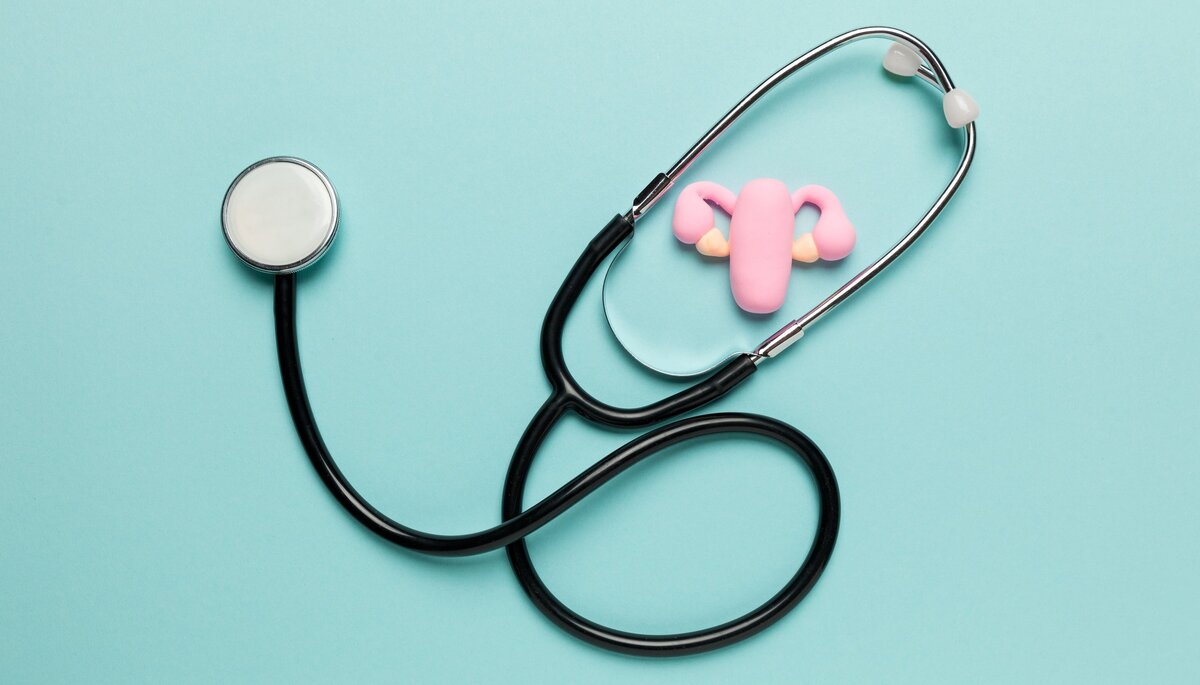 As we’ve already mentioned, pelvic pain in women can stem from a wide variety of different sources, ranging quite a bit in severity. Here, we’d like to cover some (but not all) of the most common female pelvic pain causes. This way, you’ll have a better sense of what could be going on with your body, the next time pelvic pain arises.

Some women experience mittelschmerz, which is a term used to describe painful ovulation. If you’re experiencing pelvic pain during ovulation, you can expect to feel a painful sensation on a single side of your pelvis. This sensation will occur in the middle of your menstrual cycle.

During ovulation, your body releases an egg, as well as other fluid. The egg then travels down the fallopian tube, until it reaches the uterus. In some instances, the fluid that the ovary releases can spread throughout the pelvic area, which can result in irritation in the pelvis. Eventually, this can develop into pelvic pain.

In terms of how long this pain can last, it depends on the individual circumstance. It’s possible for female pelvic pain of this type to last for minutes before fading, although it can also last for hours, in other cases. It’s also possible for the discomfort to switch from one side of your body to the other, based on whichever ovary has released the egg.

Fortunately, pelvic pain of this variety isn’t indicative of a serious medical condition. It doesn’t require any specific treatment, and it’s only a temporary sensation that will fade once your body exits this stage of the menstrual cycle.

This is certainly a common cause of pelvic pain in women, and is one that many individuals have first-hand experience with. Menstrual pains and cramping are actually the most common form of menstrual disorders, according to American College of Obstetricians and Gynecologists (ACOG).

Of all women who menstruate, over half of them will spend around one to two days of their cycle in some kind of pain. More often than not, menstrual cramping occurs prior to the start of a woman’s period, when the uterus is contracting and shedding its lining.

Menstrual pains and cramping that aren’t severe can often be managed using heating pads, as a means to relieve some of the uncomfortable sensation. Over-the-counter painkillers can also be employed to help manage the pain.

Although menstrual cramps typically aren’t an indicator of a more serious condition, more severe cases do exist. If you experience severe pain during menstruation, then it is a good idea to visit your doctor.

“Interstitial cystitis” is a term that doctors use to describe ongoing bladder inflammation in women. There is no known cause of this particular condition.

Interstitial cystitis is a condition that can result in pelvic pain, as well as other symptoms. Some of the other symptoms to look out for are painful urination, the frequent need to urinate, as well as pain during sex. If you’re experiencing a combination of these symptoms, then it could be time to visit your doctor.

While interstitial cystitis doesn’t have a known cause, it can still be managed to the best of your physician’s ability.

While interstitial cystitis doesn’t have a known cause, cystitis is a condition that’s better understood. Cystitis also results in inflammation within a woman’s bladder, although it is the result of a bacterial infection. Bacterial infections can arise in a number of ways, including when rectal, vaginal, or skin bacteria enters the urethra. These bacteria can then make their way to the bladder, resulting in cystitis.

Both of these conditions are considered common in women, and typically aren’t severe. Although they will sometimes clear up on their own, it’s a good idea to see your doctor when you’re experiencing these symptoms. Sometimes, physicians will prescribe a short course of antibiotics, used to more efficiently treat cystitis, as well as other kinds of UTIs.

Keep Reading: What is a Cystoscopy?

Pelvic inflammatory disease, also known as PID, is an infection of the womb. When a woman develops PID, the tissue surrounding the womb can also be damaged. The cause of PID is when bacteria from the cervix or vagina enter the womb, taking hold there.

It’s typical for PID to develop as a result of certain sexually transmitted infections, namely gonorrhea or chlamydia. While pelvic pain is one of the symptoms to look out for when it comes to PID, it’s typically accompanied by others, including abnormal vaginal bleeding and discharge.

PID can be a serious condition, as it poses a threat to a woman’s fertility. According to the CDC, over ten percent of women who develop PID will later have trouble becoming pregnant. For this reason, PID is not a condition to take lightly.

The treatment for this condition involves taking antibiotics, in order to clear up the bacterial infection within the womb. Early treatment is important when it comes to PID, as there is no known treatment to help with the scarring that develops.

Related to our last point, although broader, is the fact that pelvic pain in women can sometimes be a sign of a sexually transmitted infection (STI). In particular, gonorrhea or chlamydia are STIs known to result in pelvic pain. STIs can occur in anyone who is sexually active.

Alongside pelvic pain, STIs come with a number of other potential symptoms. This includes bleeding between periods, painful urination, and changes in vaginal discharge.

If you suspect that you’re experiencing an STI, don’t hesitate to take the issue to your doctor. Don’t wait and hope that the STI will simply clear up on its own. Once a physician has diagnosed the STI, you’ll be able to begin treatment, which typically involves antibiotics. Further, don’t forget to make sure any sexual partners are aware of the situation, in order to prevent spreading.

Irritable bowel syndrome is a relatively common gut disorder, resulting in a variety of symptoms in either men or women. Aside from pelvic pain, IBS can lead to constipation, diarrhea, and bloating, most commonly.

Important to note is that IBS symptoms typically flare up and go away over periods of time. Flare-ups can often happen around the time of a bowel movement, for instance. There isn’t a known cure for IBS, although treatments to manage symptoms are available. Adjustments to someone’s diet can also be used to manage IBS and control symptoms.

In some women, the endometrium, a tissue lining the uterus, will start to grow outside of the womb. A condition known as endometriosis will occur.

Women with endometriosis can expect to undergo pelvic pain that is chronic and long-lasting. Whenever the individual’s period begins, the excess tissue will respond to the body’s hormonal changes. This can then lead to bleeding, as well as inflammation in the pelvis.

Additional Reading: What Is Endometriosis?

When Should You Worry About Pelvic Pain?

Fortunately, many conditions resulting in pelvic pain don’t require medical care. So, how do you know if pelvic pain is serious? At what point should you be taking the issue to your doctor? Here are some examples of situations where pelvic pain in women is worthy of a doctor’s visit.

If the pelvic pain is new and severe, then it’s a smart idea to see your doctor. For instance, if this pain is leading you to suspect an infection could be the cause, then make sure you see your physician as soon as possible. While some painful infections can clear up on their own, this isn’t always the case. The longer you wait to take care of the issue, the greater the risk of complications and long-term damage.

If you’re experiencing unexpected vaginal bleeding along with severe pelvic pain, then it’s time to see your doctor.

If you already have a known condition, but there have been sudden changes to your symptoms or pain levels, then you should seek medical attention. This new pain could come in the form of sharp twists, or just general severe pain. In any case, this could be an indicator of a serious change in your condition.

Some symptoms — such as fever, nausea, and vomiting — could be indicators that you should see a doctor, if they develop alongside pelvic pain.

If you’re currently experiencing pelvic pain that’s severe or leaving you concerned, consider seeing the professionals at Arizona Gynecology Consultants. We’re located in Phoenix and Mesa, AZ, and we have a deep understanding of pelvic pain in women, as well as its potential causes and treatments. In order to get started, you can contact us to schedule an appointment.